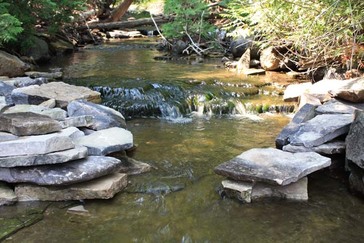 This approximate 400m long coldwater spring fed creek had several issues affecting it. The middle 2/3 of the creek was once backed up by beaver activity, which created a marsh that drowned all of the riparian and canopy vegetation. The beaver activity is no longer an issue, however the resulting beaver meadow needed to have riparian and canopy trees/shrubs planted to rehabilitate this area. Another issue affecting the creek was lack of spawning gravel and rounded rocks to provide invertebrate habitat in most areas. For the most part, the creek bed was covered in medium/large flat stones. Some areas of the stream had seen a previous owner use heavy equipment to remove beaver dams and lodges, which scraped some parts the creek bed clear of suitable spawning and invertebrate habitat. Finally, a steep incline, with large rock shelves at the mouth up to 100m of the start of the creek created migration difficulties.

The resulting rehabilitation effort saw trees and shrubs planted in the riparian and canopy zones. Spawning gravel was added to the creek bed in several key locations near the mid and upper reaches. Large flat rock was used to reinforce the banks in the beaver meadow area to prevent erosion and to create a more defined channel.  Woody material and rounded cobble stone type in-stream habitat was added and weeping weirs and wing deflectors were created to increase velocity and depth to allow for easier migration, oxygenation and the scouring and removal of silt from the creek bed.

The rehabilitation of Mill Creek in Meldrum Bay, ON involved the installation of the following fish habitat features:

The landowner contributed approximately 8 hours of volunteer time and use of facilities at the Mill Creek site. Funding contributions toward the construction of the project include CFWIP, COA, and NOHFC . 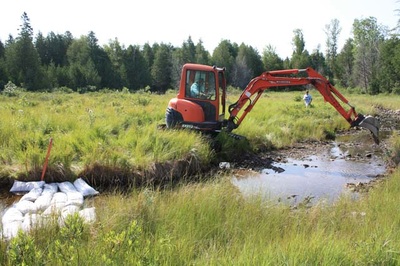 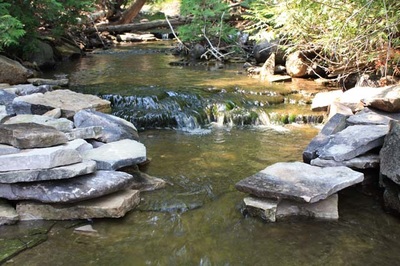 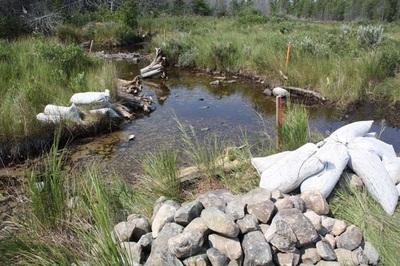 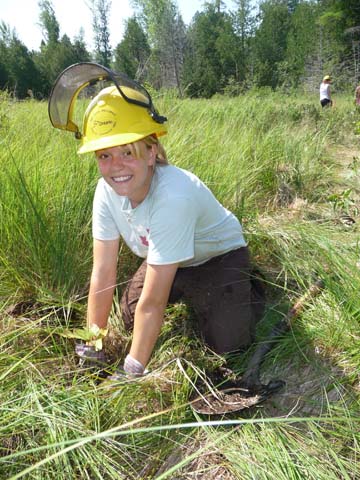 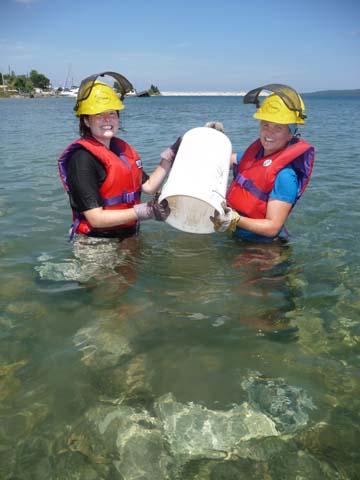